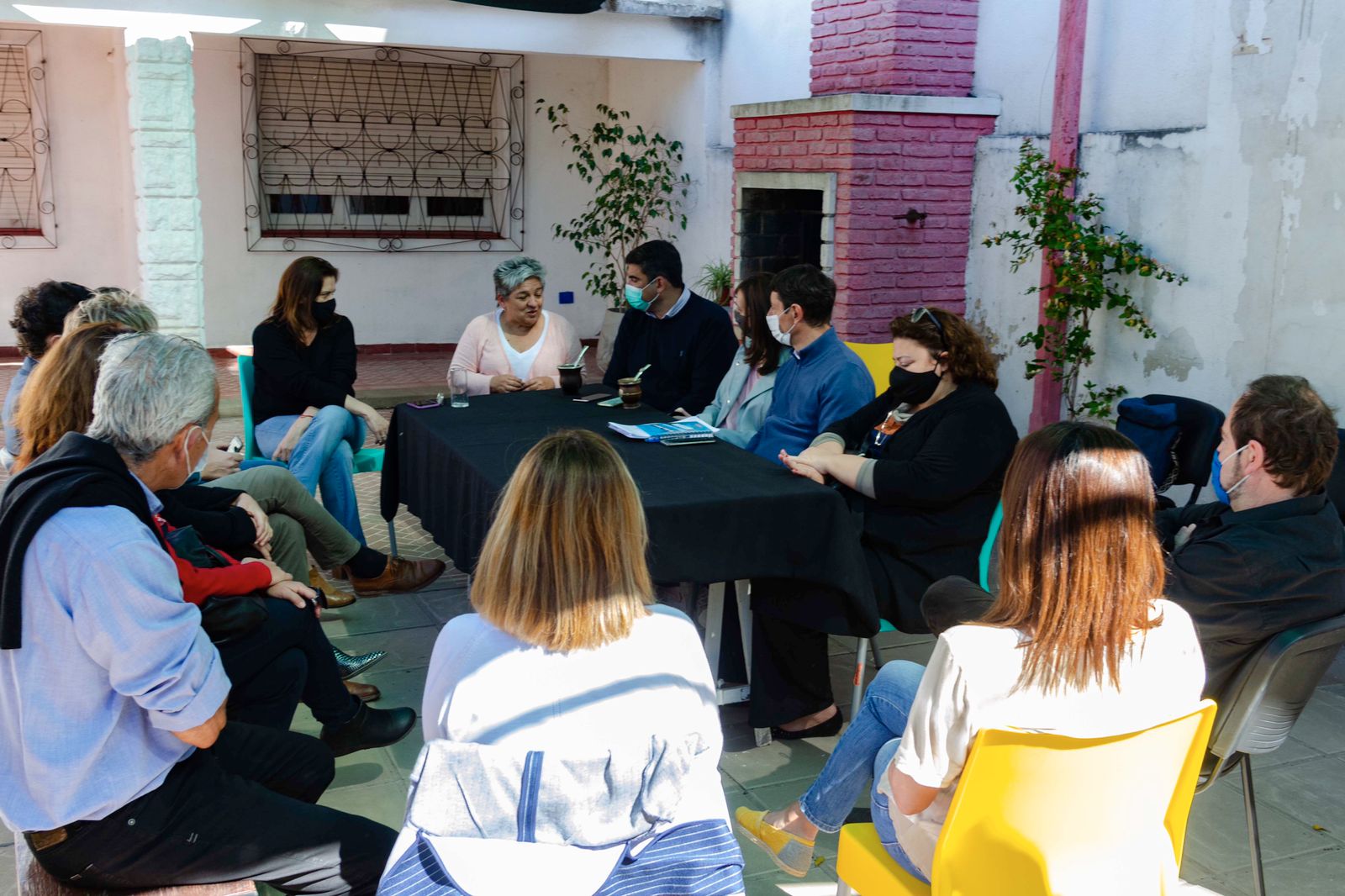 Candidates from Front de Todos arrived at the Rector’s building at La Pampa National University in General Pico. They were received by Rector, Nilda Veronica Moreno, and the deans of the Institute of Higher Education.

“La Pampa National University has an important place in our project for the National Congress,” said Senator Daniel Pali Bensuson. .

“We are thrilled to see the success of the UNLP area experience, which allows thousands of young people in our area to pursue any career in their area of ​​residence. This is indeed an initiative that contributes greatly to the equality of our people and not every family can be financially supported for that investment by relocating or relocating girls and boys elsewhere.

“The commitment to resource management for our university is being taken to the National Conference,” Bensuson said. “National universities have autonomy in managing resources, but they need to get more funding and give it to the university community, especially when we see a definite result,” he said.

“We are not talking about congratulations, but thanks to two members of our list, the University of Pompeii was able to double its budget by 2021, along with current national representatives Ariel Rausenberger, Melina Delo and Deputy Hernan Perez Araujo. In addition to the projects that are part of our proposal, there are definite results, ”said the candidate.

We believe that with the investments made by the Provincial Government in improving the connectivity of the cities of Pamplona, ​​we must support the initiatives of the UNLPAM, which are targeting virtualization. Bringing university education closer to every city in La Pampa, not only through physical proximity, but also through virtual reality. He said the experience of General Acha, McCann, Realty and Tylon should be an example of what can be done through the joint work of universities, provincial and municipal authorities.

“We are talking about increasing the concrete for the university budget, the growth of students’ careers, jobs and scholarships. Today we have before us those who represent the government that drained Argentine education between 2015 and 2019. They reduced the education budget by 35%. He said only universities had experienced a 20% drop in those four years.

Bensuson and Ariel Rauschenberger agreed on how to create new careers. “We need to highlight – the work of the provincial government and the University of La Pampa in creating health-related careers is a far-reaching horizon for our university,” said Rosenberger. Medicine. The medical profession can be a reality. ”

“We are going to fight for a big budget for our university. We have already achieved significant growth and in 2022 we can increase it even more. This is necessary if you want to add careers and work on more infrastructure, ”he explained.

“We propose to work together to make biomedicine as well as the medical profession a reality. Together with the nursing profession, they can make La Pampa a reference center in this sense, ”he said.

Nilda Veronica Moreno, head of UNLPAM’s Rector, said such meetings were very useful and productive. “They grew up and we talked about the difficulties and the problems that needed to be solved. What are the priorities. We are talking about careers and financing; The plague left us with few options and the way we think about equipment, devices and the university for students, ”he said.

Make a note of this