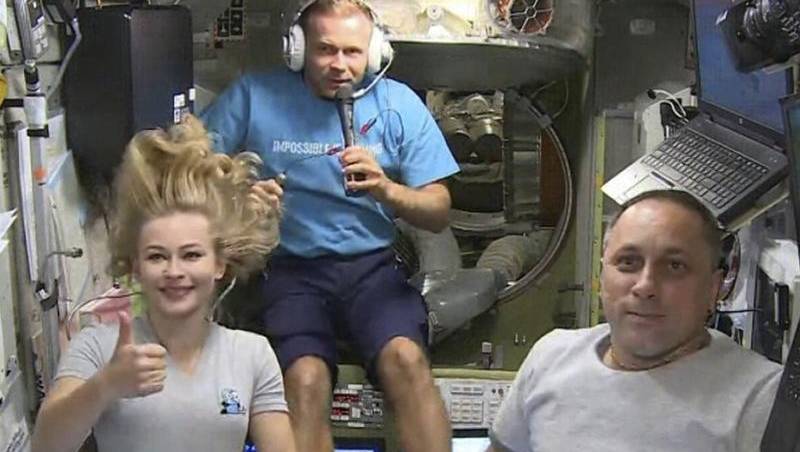 A Soyuz space capsule carrying an astronaut and two Russian filmmakers is separating from the International Space Station and heading towards Earth.

Separation was scheduled for Sunday at 0115 GMT (1215 AEDT) with Oleg Novitsky, Yulia Perseild and Klim Shipenko descending for about three and a half hours.

Novitsky, who spent more than six months at the Space Center, plays the ailing astronaut in the film.

The space capsule is scheduled to land on the stairs in Kazakhstan.

According to Russia, it was the first film to be shot in the universe, not in studio sets on Earth. The U.S. is also planning to shoot a film there, but no date has been set yet.

The Russian space agency Roscosmos also said the aim of the film was to make the industry more attractive to young people.

Critics, however, say the project was too expensive and could have been better spent on research.