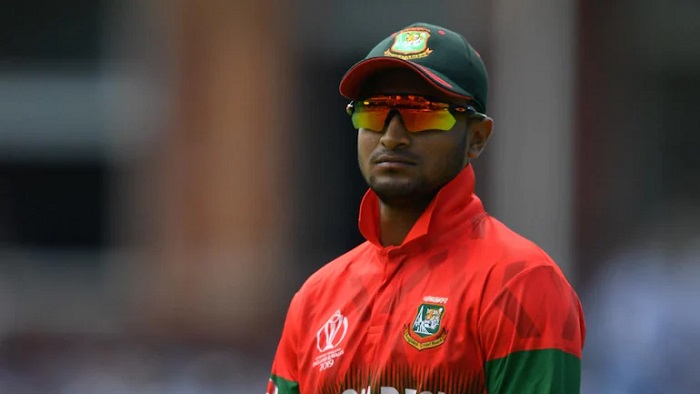 Shakib Al Hasan, the best all-rounder in the world, has set a unique record after playing in the recently concluded IPL final. Shakib, who took six wickets in the series against Australia, crossed the 100-wicket and 1500-run mark in this short cricket field. This time Tiger is the best star and is not one or two but three milestones ahead.

Although he was not unlucky before the upcoming World Cup, Shakib Al Hasan did well in the last two series of the Twenty20 format. Australia have become the best player in the tournament by contributing both bat and ball. The Tigers lost 4-1 to Ajith and lost 3-2 to neighboring New Zealand.

Despite not being able to bat well in the tournament against the Kiwis (45 runs and 4 wickets), the world star will touch three personal and global milestones if he takes just two wickets in the upcoming Twenty20 World Cup. E.g.

If he takes only 2 wickets, Shakib will take 600 wickets in international cricket in three formats. He has so far taken 598 wickets.

If Malinga takes 2 wickets, Shakib will be the highest wicket taker in this format, surpassing him in T20 international cricket. He has so far taken 107 wickets and Malinga 106.

If he takes just 2 wickets, he will become the first cricketer in history to complete 12,000 runs and 600 wickets in 12 innings.

The World Cup, on the other hand, is the biggest stage in any game of cricket. Shakib (with 56 points) is the 12th best scorer in the World Twenty20. And Shakib will only reach the top seven if he can score 100 points!

Currently, only Virat Kohli and Rohit Sharma play such cricketers in front of Shakib. If you can play all 3 matches of the upcoming World Cup group stage and 5 finals, there is no reason not to score 250 points! If you can play the next World Cup, scoring a thousand points is not impossible! Then Shakib will be in the top 5! Is it unbelievable? Shakib’s number is fifty-three but that’s what it says!

Moreover, bowler Shakib is always better than batsman Shakib. But out of all the bowlers in the world, do you bring Shakib into the top 10? Maybe include it in the list of 10 best spin bowlers. Shakib is in the top six at the Cricket World Cup, taking 30 wickets in 25 matches. Only 9 wickets away from the highest hunter. Shahid Afridi, the highest wicket-taker, has taken 39 wickets in nine matches over Shakib. It can be said that Shakib will surpass everyone in that match at the upcoming World Cup.

He has a maximum of 2 catches in one game and a total of 6 catches. He took 4 wickets with Fifty in the same match and was once the best bowler of the match. Highest innings 74.

This is the life of Shakib Al Hasan in Bangladesh. The name is not that big but it is bigger than the name of the performance. The country needs peace more than ever on the world stage.