Several indicators turn green, and the plague seems to be stagnant 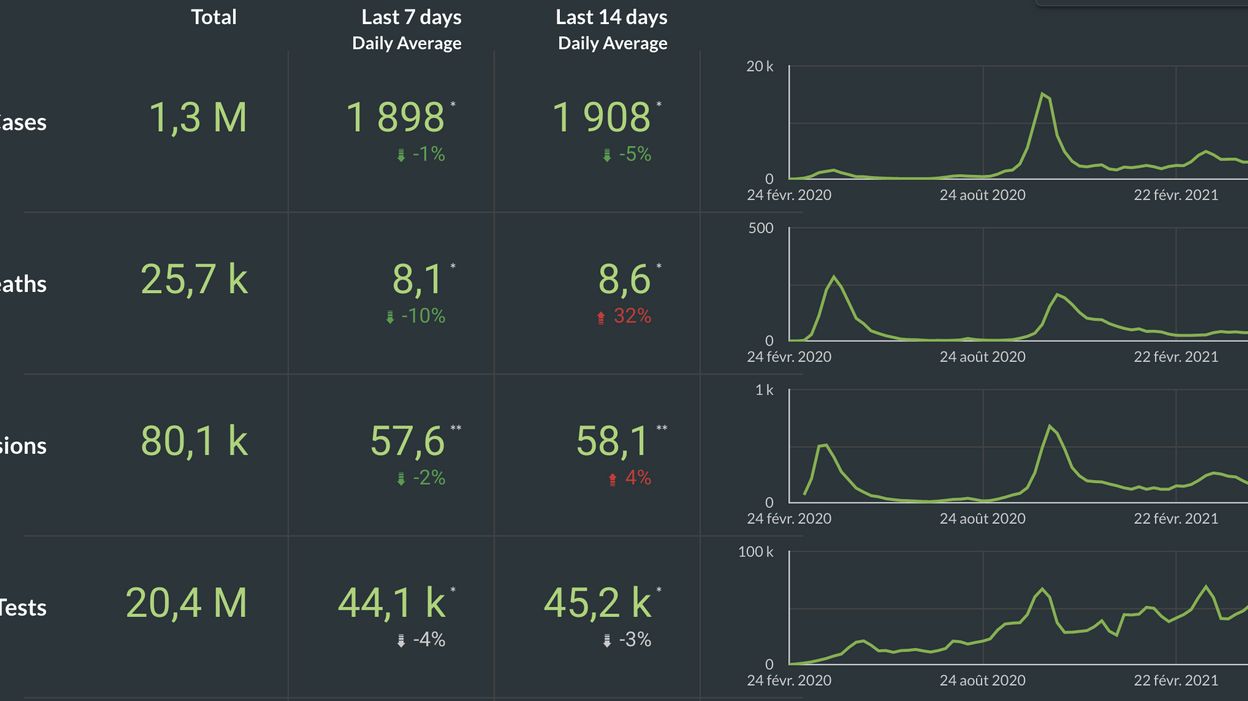 Stability: It is always the appropriate word to define the numerical evolution of the Kovid-19 epidemic in Belgium.. In September, especially among young people and after a slight rise in the Brussels and Liege region, the number of identified patients is declining very slowly. Of course, the number among adolescents is declining again, but this can be offset by a slight increase in patients over 50 in general. While it is now going to Brussels and Liege, it is going to other provinces, especially Antwerp.

In terms of hospitalization, it has been fairly stable since the beginning of the school year: for a month we have always fluctuated from 700 to 750 people hospitalized with Covid, including more than 200 in the intensive care unit. The movements observed in some areas will then be alleviated by others and no situation will be frightening. After a slight increase for a week from the average admission average, daily hospital admissions appear to be stable at less than 60.

Although there was a slight increase in the number of deaths a month after the increase / inclusion reported in late August-early September, the situation seems to be stabilizing here as well.

As for the vaccine, it continues to progress but very slowly. We now have 73% of the population fully vaccinated, but there are still significant variations by region, with Wolonia (70%) and especially Brussels (55%) still struggling to catch Flanders (80%).

The composite numbers in Sciensano’s table

Cases have been identified : Between 29/09 and 5/10, 1898 New coronavirus infections are usually detected every day. This is a decrease of 1% over the previous week.

People hospitalized : 724 Including, patients are currently hospitalized due to Kovid-19 203 Patients receiving treatment in the intensive care unit.

Reproduction rate : The Rt level of the corona virus today is calculated based on the changes in the entry 0.99. When it is greater than 1, it means that the virus is transmitting faster.

Detected cases are the number of patients who have been positively diagnosed with the virus. The date of consideration is the date of diagnosis and not the test result. After 4 days the data are considered compact. The number of cases depends in part on the test strategy: the more systematically we investigate, the more opportunities we identify.

³ Positive ratio is the number of positive tests compared to the number of tests performed. The same person can be checked multiple times. It also depends on the testing strategy: the positivity rate is high if we do not test adequately.