Hbomberguy, has started a live stream with the goal of collecting money for Transgender Rights Charity Mermaids UK.

Mermaids UK is a group that aims to raise awareness of gender non-conformity and gender dysphoria in children and young people. The group lobbies for improvements in professional services for transgendered children and has won numerous awards over the years for their work, including the European Diversity Awards Charity of the Year 2016 and the British LGBT Awards 2018 for Outstanding Contribution to LGBT + Life for Mermaids CEO, Susie Green.

All this comes after the charity had some of its funding from a UK lottery suspended due to a campaign by UK TV writer Graham Lineham, creator of the Father Ted series. Lineham has been involved in several controversies regarding transgendered rights and has spearheaded an opposition campaign against Mermaids receiving funding.

Hbomberguy began livestreaming a long-form playthrough of the Nintendo 64 title Donkey Kong 64 at the beginning of the weekend, with the goal of achieving 101% of the game and helping to improve knowledge and information on transgender rights while supporting Mermaids. Now, over 50 hours in the game, Hbomberguy has surpassed his original goal for Mermaids, and continues to get traction after two days of nonstop streaming, raising over $ 230,000 at this time.

The stream has attracted international attention from gaming fans and has spread through social media with international attention my many celebrities. The list includes support from the likes of Matthew Mercer, Cher, Neil Gaiman, and Liam Robertson retweeting the stream in support of the charity. Along with this, several prominent figures made an appearance on the stream for a chat, including the CEO of Mermaids, Susie Green, gaming e-journalist Jim Sterling, game developer John Romero, Chelsea Manning and most notably Democratic Congresswoman Alexandria Ocasio-Cortez .

Hombberguy and his crew will continue the livestream until the game is completed, with all the money being earned being donated to the charity. The full livestream can be watched here on Twitch.

This is a net positive, and honestly I hope more people contribute, either by finding ways to help or donate to the charity. Hbomberguy has done something wonderful here, and thanks to the support of tons of people there is now a ton of eyes on Transgender awareness and trans rights. Hbomberguy notes that people who want to give local groups or groups that raise awareness are also good ways to contribute if you feel uncomfortable giving Mermaids.

What are your thoughts on this? Any plans to participate? Leave your comments below.

Have a tip for us? Awesome! Shoot us an email at [email protected] and we'll take a look! 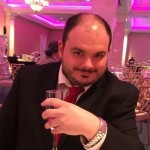 A game playing, college teaching, an erudite-minded scholar who happens to write some articles every so often.
Have worked as a journalist, critic, educator and blogger for over five years now, with articles published (as user editorials) on Game Revolution and Giant Bomb as well as a contributor for the sites Angry Bananas and Blistered Thumbs. Now making TechRaptor my home.