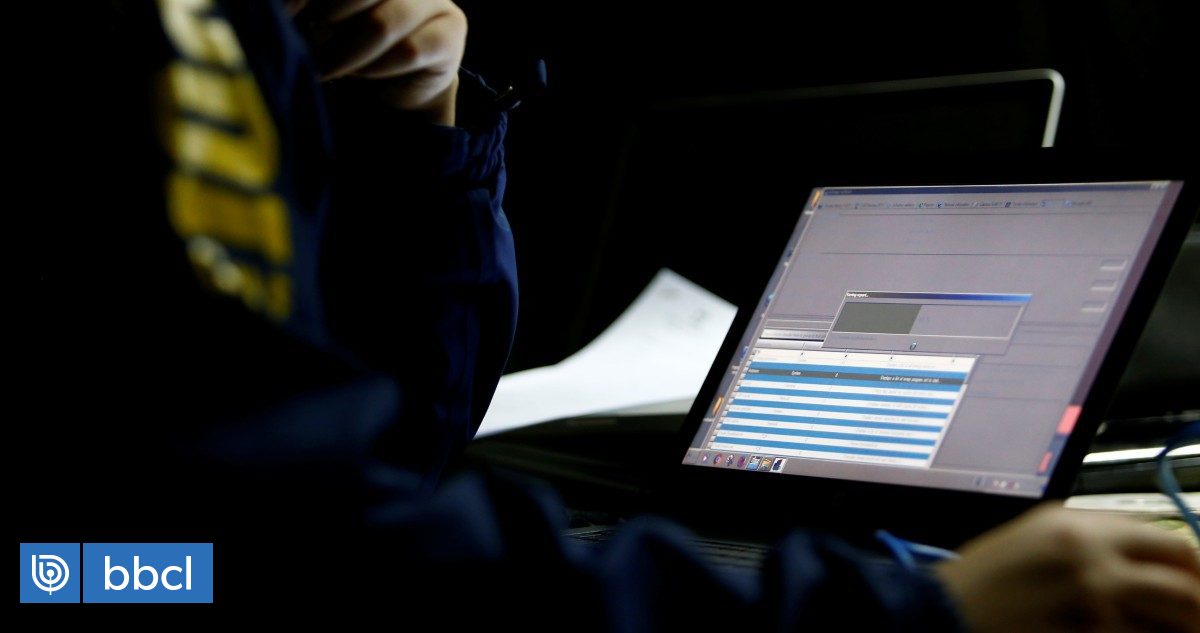 The epidemic, the increasing use of technology and ignorance are partly explaining the increase in cyber crime. Without further ado, 57% of these types of complaints received by the Civil Police between January and August this year were made online. New criminal phenomena such as WhatsApp hijacking and counterfeit offers have also emerged in the network closely monitored by the Metropolitan Cybercrime Investigation Force.

A message on WhatsApp read: “Can you lend me 100,000 pesos and can I pay you as soon as I lock my card? The recipient of the letter was reluctant to see anything strange in the request. Unbeknownst to me, I was a victim of fraud.

The above facts reveal an increasing new crime reality: From January to August 2021, according to the statistics of the PDI Metropolitan Cyber ​​Crime Investigation Force, 57% of reports of fraud and other scams are made online.

The epidemic and the increasing use of technology have been a major factor in cybercriminals expanding their network. Luis Orelana, head of the Metropolitan Cybercrime Investigation Corps, explains:

Breaking the statistics sheds light on the alarming increase in them committing these crimes. For example, in 2019 there were 5,649 complaints of fraud on the Internet, while in 2020 that number was 7,266. That translates into a growth of 28.6%.

From January 1 to August 31 this year, PDI received 7,396 complaints, higher than in 2020 and 2019. ) Generated that cybercriminals took these vulnerabilities and started committing more crimes, ”Orelana added.

In detail, online scams often occur on websites and social networks. However, instant messaging was added to these, with a strong category according to the number of PDIs: out of 341 complaints made through chat in 2019, that number will increase by 965 between January 1 and August 31, 2021.
See box

But there are also opportunities over the phone. Cell phones, texting and landline lead. “The spectrum of the market has been widened to allow crime to be associated with Internet platforms or any form of instant messaging or telephone connection,” the sub-province said.

From the above, messaging has become more prevalent in recent years. Have you ever received a text message from a bank informing you of a hypothetical card block? Well, the fraudulent crime rate has risen from 208 in 2019 to 1,235 in the first eight months of the year.

The profile of these cybercriminals varies according to the crime to be committed. Instructions in the field of computer science are more complex than can be assumed.

The Metropolitan Cybercrime Task Force on PDI has analyzed new developments caused by the massive penetration of the Internet and networks. One of them, “WhatsApp hijacking”.

How does it work? By managing access to personal information, individuals obtain the six-digit verification code of the messaging app through various scams. All of this is to get money from family or friends in case of an emergency. Of these incidents, 608 PDI complaints were handled between January and August 2021.

But there too “False offers”. It consists of coordinating through social networks to achieve sales of products or services that never happen. In order to commit the crime, the prospective client must pay part or all of those provisions.

These new models are extensively monitored by the PDI. The media is different because the “fake executive” also represents it. Simply put, it is a person pretending to be an official of a national bank and trying to get bank keys. 278 complaints are resolved for this type of fraud.

In addition to investigating these types of crimes, the 21st Metropolitan Cyber ​​Crime Investigation Corps is working with communities this Saturday to publicize new methods of operating criminal gangs..

Gianni Infantino: Chile can host the World Cup and have the ambition to do so

Post-welfare is key in tele work

Chile collects more than 8,600 infections in 7 days, with activity peaking at 11 weeks | the National

The decisive verdict on Wall Street regarding Chile