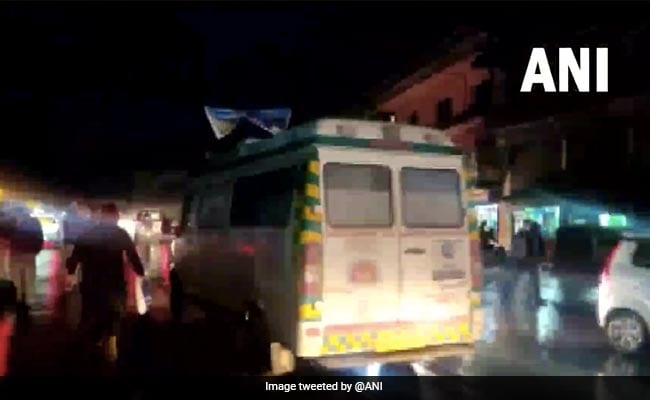 The killings took place a day after a hawk in Bihar and a carpenter from Uttar Pradesh were shot dead by terrorists. File

Two workers in Bihar state have been shot dead by militants today, bringing the total number of civilians killed in targeted attacks in Jammu and Kashmir to 11 this month.

Terrorists opened fire on workers today in Wanpo, Kulgam district. Another worker was injured in the incident.

The killings come a day after a Gol-Gappa trader in Bihar and a carpenter in Uttar Pradesh were killed by terrorists in the valley.

#Terrorists Shot indiscriminately #NonLocal Workers in the Walapo area # Kulgam. in here # Terror Two non-natives were killed and one was injured in the incident. Police and SF troops have cordoned off the area. Further details are given below. @JmuKmrPolice

Five of the 11 people killed in attacks on civilians were workers in other states. This indicates that the terrorists want to expel people from other states in Kashmir.

Among the victims were Mohammed Shafi Lone, a well-known member of the Kashmiri Pandit community and owner of a pharmacy in Srinagar, taxi drivers Deepak Chand and Supunder Kaur and street vendor Virendra Paswan.

The killings have caused panic in the valley and led to the deportation of Kashmiri Pandit families living in transit camps. Dozens of families, including government employees, have left the valley after finding employment under the Prime Minister’s Special Scheme for Kashmiri Migrants.

Security forces have also stepped up counter-terrorism operations. According to the police, 13 terrorists have been killed in the past week.

“Thirteen terrorists have been killed in nine clashes since the killing of civilians. In a short span of 24 hours, we have killed three out of five terrorists in Srinagar,” said IGP Vijaya Kumar.