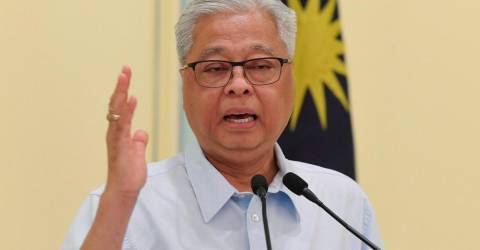 Kwala Lampur: The government has decided to implement the Improved Motion Control Order (EMCO) in two villages in Sarawak, Kampung Binyu Baru, Samarahan and Kampung Binyu Lama in Kuching from tomorrow to April 17.

Jayesh Senior Minister (Defense Clusters) Datuk Seri Ismail Sabri Jacob (PixHe said the decision was taken after a risk assessment with various agencies of the Technical Committee on Motion Control (MCO) and on the advice of the Ministry of Health (MOH).

As of today (April 3), 11 people have been tested in Kampung Binu Baru, four of whom have tested positive for Kovid-19.

Ismail Sabri said the MOH has also detected a sharp increase in the number of patients with high infection rates in the community of Kampung Binu Lama after 57 positive patients were reported in the area as of April 1st.

“Activation of the EMCO will enable the MOH to detect suspicious Kovid-19 cases in advance so that they can be isolated as soon as possible and contain infections within the community,” he said in a statement on conditional MCO activation. (CMCO) and Recovery MCO (RMCO), today.

Meanwhile, six people were detained yesterday for violating the standard operating procedure procedure, while five of them were consolidated and one was remanded.

The offenses were the use of the MySetera application or by hand (three), without inter-district and inter-state travel permits (two) and without wearing face masks (1).

Ismail Sabri of Op Benteng said one illegal immigrant and five smugglers were arrested and three land vehicles were seized.

He said 1,260 foreign workers were tested for Kovid-19 yesterday and six were found to be positive.