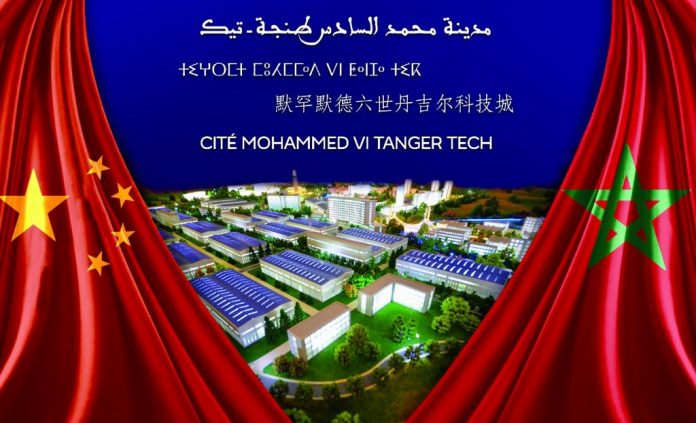 The Chinese visited CCCC / CRBC after the BOA, TMSA and the Tangier-Tetouan-Al Hoceima region formalized their entry into the capital, Societe de Amenagement de Tanger Tech (SATT), which accounted for up to 35% last November. City Mohamed VI to Morocco as part of the deployment of the Tanger Technology Project.

A delegation from the CCCC / CRBC (China Communication Construction Company / China Road and Bridge Corporation), led by CNBC Vice President and President of China Holdings Peng Xiaojun, as part of the commissioning of the Tanger Technology Project. The Bank of Africa (BOA) states. On Thursday, April 1, the Chinese delegation was received by Othman Benjelun, President of the BOA at the Bank of Africa Headquarters, for a workshop meeting that had to be postponed several times due to the epidemic and travel difficulties in China. Benjamin reiterated the strategic importance of the Mohammed VI Tangier Tech City project, which showcases the excellence of Sino-Moroccan relations, laying the foundation for a modern and future industrial city connected with modern technology. The whole world in accordance with the vision of King Mohammed VI.

Prior to the meeting at the BOA headquarters, the group held a workshop with Moroccan Minister Mole Hafeed Elami on Wednesday, March 31, with Moroccan partners BOA and the Tangier Mediterranean Special Agency (TMSA). A press release. The meeting was an opportunity to discuss an investment agreement in favor of Sosate de Amanagement de Tanger Tech (SATT), citing a single source. CCCC / CRBC formalized SATT entry into the capital by 35% in November 2020, the BOA, TMSA and the Tangier-Tetouan-Al Hoceima region issued the press release. As a reminder, Mohammed VI Tangier Tech City ultimately means a strong core of development and a vector of growth for the entire African continent. CCCCC (China Communications Construction Company) is ranked among the 5 Chinese State Engineering and Development Companies and its subsidiary CRBC-China Roads and Bridges Corporation specializes in large infrastructure projects in China and internationally.