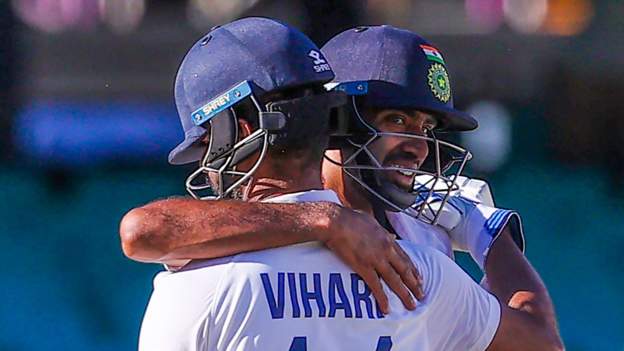 India were incredibly opposed to recording the final day of an unforgettable draw with Australia in the third Test.

Both needed five wickets to leave Australia in the final session, with Hanuma Vihari and Ravichandran Ashwin leading India 334-5 with 258 balls to spare.

Vihari’s unbeaten 23 off 161 balls was even more impressive.

The series runs 1-1 from January 15 until the fourth and final Test in Brisbane.

India only need a draw to retain the Border-Gavaskar Trophy and Australia have been hoping to win a Test match since 1988 on unbeaten ground.