How to adapt your digital art to feedback 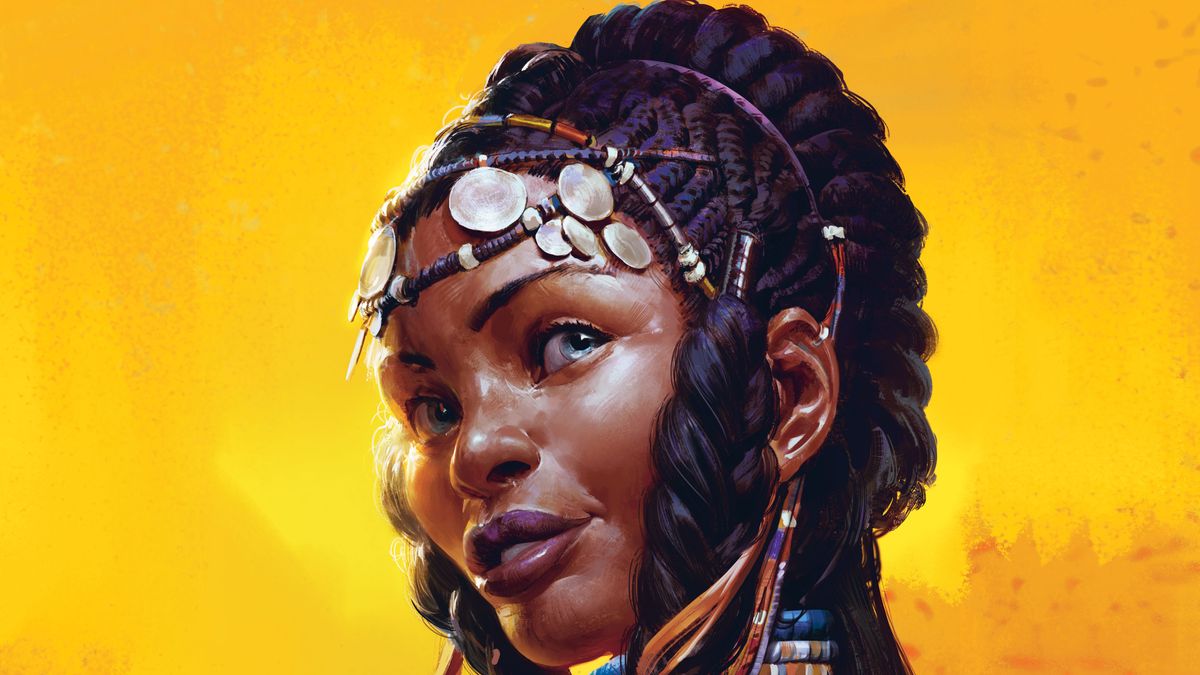 To create this cover for the ImagineFX magazine, I followed some well-established steps in my creative process, which can be applied to both character design work and more elaborate artwork work.

My goal with this workshop was to focus more on the chosen object than on the artistic techniques. However, it was more like a lesson about why it is so important to spend enough time planning your pieces properly, so you do not have to waste time correcting errors later.

A job with the tightest deadline is manageable if you enter a minimum amount of basic work. So keep reading to learn some things to do and not do on how to handle feedback, avoid and correct mistakes, and check where I managed to put things right!

01. Develop initial ideas about the characters

After receiving the brief and the collection of reference material, I developed a very simple sketch. The ImagineFX team has a clear idea of ​​what they want for the piece, so for the technical aspect it's about making something interesting from some subtle nuances of character. That head turn, the cheating smile, the eye contact. Finally, these gestures will have a rather central role in the sale of the image.

I have a good idea of ​​what I want to do with the figure and its pose, then the sketch. I focus on the key details and overall shapes that both work well and allow me to show some interesting tribal elements. After sending my sketch, I receive a change to the corner of the face, but the rest of the details are approved.

03. Combine sketches to check for errors

Using the previous sketches as a basis, I combine the elements in a single sketch, and then I start to work creating a piece of clean line to work from. It is time that I come across my first mistake. At this point I would have to take a step back and build the face correctly. If I had done that, I would have seen what would have been revealed later, when I started adding color and light. This happens from time to time, and is reduced to the fact that you can get away with it much more in a design without it becoming problematic than you can do in a painting.

04. Start with the colors

I decide on a simple desaturated background to begin with, choosing to focus on a lot of contrast and colors on the character. During this process, I spend time looking for some references. In addition to deep diving on Google and Pinterest, I like to browse Jimmy Nelson's film. This is a book about tribal societies all over the world and is full of beautiful photos on each one.

Once the colors are established, we move on to the lights and shadows, and in the process I proceed straight to my second mistake. I like to put down my shadows using a Multiply layer: first you put them in a very simple and straightforward way, before going any further and softening the edges that need it. I usually spend a good amount of time at this stage to make sure I have something I like before going on, and even if I do not hurry here, I should have spent a lot more time processing my details in advance.

Yet I had a rather pictorial result in mind, and this was my second mistake. I had spent some time doing research on the subject, but no one to elaborate the precise execution, and this will come back and bite me in the proverbial ass.

When I have established all the information on the lighting, I insert a Normal layer on top of everything and start painting for real. At this point, depending on how well I have done in the other steps, I usually enjoy a lot to make small details, to push and pull volumes and to design all the small elements that give the viewer a look a second look

It is at this stage that I decide that the background is opaque, so I try to correct things with larger brushstrokes. I want to leave it abstract, but use it to help move the eye. However, since I have already established the light on the character, I can not change the main elements in the background.

When I started to find something that I could push to the finish line, I decided to commit myself to what I have achieved so far. Then I duplicate all the composite layers that make up the character and combine them separately. This allows me to work more easily with the Smudge and Mixer Brush tools.

08. Back to the background

At this point I realize I have fixed this painting too long, so I leave it for half a day before returning to it. And of course, at that point, I had time to leave my insecurities, and so I began to play a little more with the background.

It is at this point that I look for values ​​rather than colors, and I start to play with the idea of ​​stormy clouds in the background and of cold light from a cloudy sky that contrasts with the tons of reflected light of the landscape. I work even more on the character – taking her to a place that is close to her final appearance. Once there, I send it for the final approval of ImagineFX before finishing.

After the second round of feedback, I go to work with the team's notes. Overall, there was a request for more color and a brighter background, perhaps something that would read like a sandstorm. I like the idea of ​​this as a palette, even if the sandstorm might seem strange with the character so formal. I end up getting what I had wanted before, however – a beautiful, rough, pictorial background – and thanks to the artistic direction this really helps the image.

The second round of feedback has also eliminated its tribal scars patterns, and so I want to exploit the details of the figure in another way, really pushing the contrast inside the figure. Using a Curve adjustment I make something that I like. Then I start to do a second round of rendering at the top, collapsing all the contributing layers in one to facilitate painting.

12. Resolve the problems of lighting and anatomy

While I'm wrapping things up, I decide that the contrast between the background and the light in the foreground does not work for me, so I use a dark layer to change the color of the front light, which creates a clearer contrast. This is something I should have planned from the beginning, and I could have done a much better job in the setup so that the overall effect would work better, but sometimes you just have to improvise. I must also take care of my sloppy initial design when I finally realize that the face is reading too wide. I use the Lasso tool to make the necessary adjustments.

One last round of rendering, when I push some details around and simplify some of the most occupied parts of the silhouette, and I'm ready to call it. I add a last level of Curve adjustment to gently move the colors in the blue, to contrast a little more with the background.

The lessons learned from my process

Overall, I'm happy with how the piece was made, even if the path I took was not optimal. Sound planning prevents poor performance and in this case it has proven to be true, if not disastrous. Spend your time where it is important: the initial stages are those in which you will eventually create or destroy your image.

Check that the fundamentals are sound, that your choices help the image and always have a plan that you can refer to. In this way you will not be too scared when you realize you have ruined something, and you will always find a way to finish the piece. I hope this workshop has been useful, and I hope also that the excellent people of ImagineFX will see me back in the future!

This article originally appeared in the number 162 of ImagineFX, the world's leading magazine for digital artists. Buy problem 162 or sign up here.