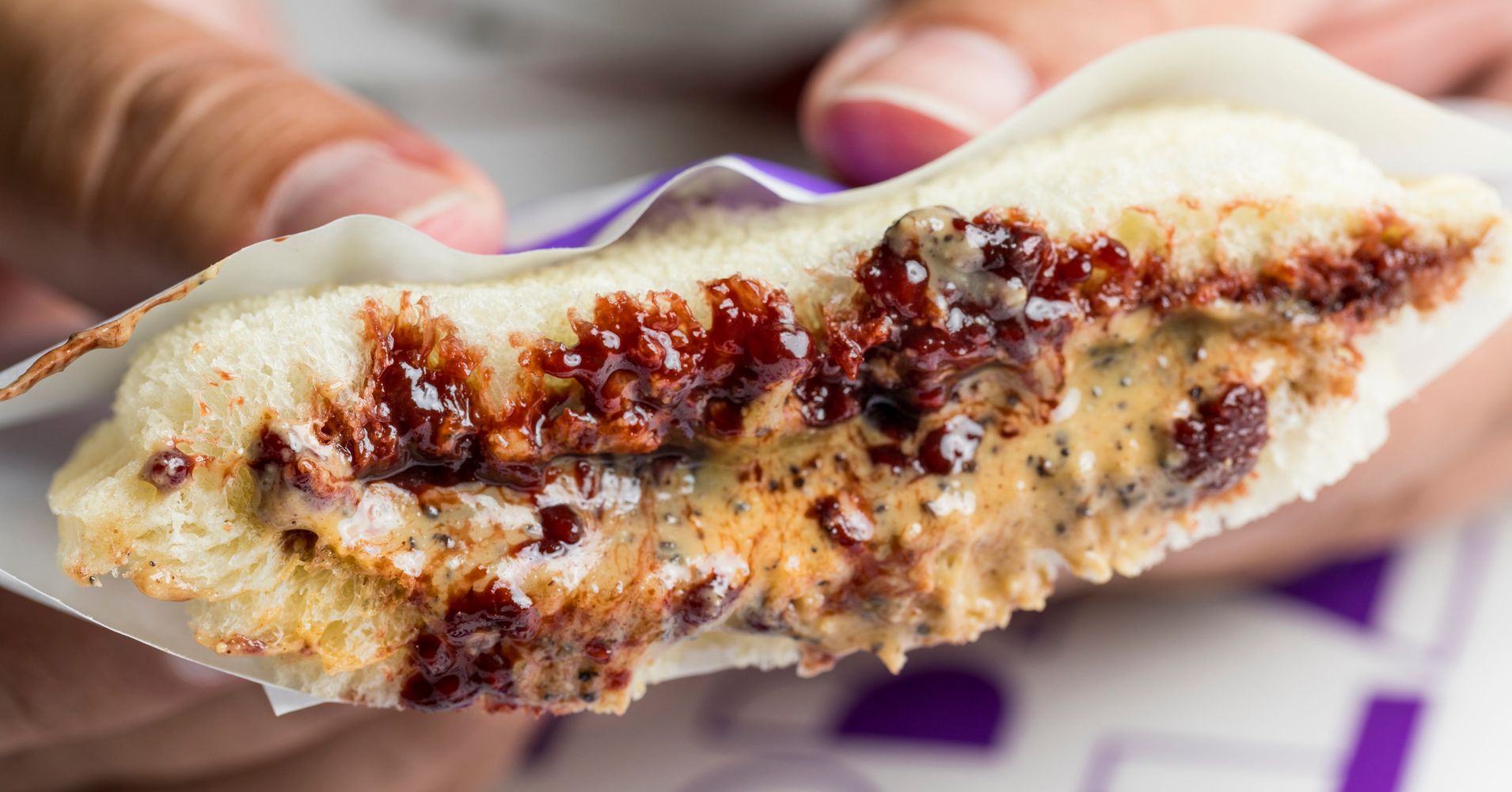 Peanut butter and jelly is the easiest sandwich to make. Heck, you were probably making it for yourself in third grade in between “Rugrats” episodes.

But you’re a grown-up now. You can do it better! We spoke to Brad Greenberg, the executive chef and co-founder of PBJ.LA, a next-level peanut butter and jelly spot in Los Angeles, to help you upgrade your next PB&J.

While you may not be ready to make crazy concoctions like PBJ.LA’s Old Fashioned (salted pecan butter, apple jam with Angostura bitters and orange zest), we can tell you how to turn the simple lunchtime staple into something fit for a grown-up. Here’s how to make peanut butter and jelly like an adult.

Start with a decent bread.

Ditch the plain white bread. “Bread is probably the most important thing,” Greenberg told HuffPost. “There’s three major components in a PB&J, and bread is a third of [it]!”

PB&J.LA is fancy enough to source its own vegan, pillowy-soft Wonder Bread-style slices, but you can find some good stuff on the grocery store shelves. “Whatever kind of bread you choose,” Greenberg said, “a good organic base is always the best place to start.”

He had some specific recommendations. “I think La Brea Bakery makes a nice set of breads,” said Greenberg. “They have a great whole grain bread, sourdough and a nice white bread. Dave’s Killer Bread is [also] a great place to start ― there’s a lot of healthy options. They’re also not super filling. You don’t want your bread to bog you down.”

One more thing to keep in mind: if you’re making a sandwich with almond butter, consider pairing it with sourdough bread.

Yeah, there’s a difference between jam and jelly. Grape jelly, for example, is usually made from Concord grape juice, while grape jam is made from the actual fruit. PBJ.LA creates its grape jam with chunks of grapes, which make a difference in the flavor.

“We’re big on jams, but not so big on jellies,” Greenberg said. “Jams tend to use whole fruit preserves and have more actual fruit content, whereas jellies use fruit juice derivatives that are thickened.”

So what do you look for when you go jam shopping at the supermarket or farmers market? Try to find something organically grown because many “fruits are grown with a ton of pesticides,” Greenberg said, and look for “the least amount of ingredients in a jam as possible so the fruit [flavors] can really come through.”

One of the brands he likes is St. Dalfour (the one in the tall glass jar), and he recommends the red raspberry and pomegranate jam in particular. In our opinion, Crofter’s also makes a tasty wild blueberry spread with actual blueberries. [Editor’s note: Crofter’s spread is slightly different than a jam; it’s explained here.]

Because we care about your kitchen appliances and don’t want you ruining them, please note that Greenberg recommends you do not make small batches of nut butters at home. He has ruined multiple Cuisinart and Vitamix food processors that way. But if you live near a grocery store with a nut butter machine, put it to use!

“[Peanut butter from a machine] is going to taste better than something from a jar because it’s much more fresh. As long as it’s organic! You’ll definitely notice a difference in taste,” Greenberg said.

Experiment with other nut butters.

Peanut butter and almond butter are staples in many households, but there are more than two types of nut butter out there, people! “I like cashew butter,” said Greenberg. “Roasted cashews have a nice sweetness to them, and they’re versatile as far as taking on flavors.”

But the fun part doesn’t stop with different kinds of nut butter. You also get to experiment with jams to find new pairings. “Cashew butter is versatile, so you can pair it with an off-the-wall jam like sun-dried tomato or a red pepper-jalapeno jam,” Greenberg said. “Get creative with it!”

And if you have a nut allergy, he recommends SunButter, made from sunflower seeds.

Pair it with a palate cleanser.

If you’re having an almond butter and strawberry jam sandwich on some thick sourdough, turn it into a meal. Greenberg recommends putting “something salty on the side,” like potato chips or popcorn. But he also has some seriously good ideas if you’re a fan of something sweet on the side.

Because creamy nut butters are so rich, he bets that “you’re going to want something that helps refresh your palate.” Basically, if you clean your palate well enough, your third or fourth bite will taste just as amazing as the first. And the solution? Instead of the traditional glass of milk, make it a milkshake! But a healthy version.

First, start with almond milk. Throw it into a blender with unsweetened cacao, which Greenberg said will give you a nice energy boost. Another option for a pick-me-up? “Toss some cold brew in,” or if you want a superfood boost, spirulina and maca are healthy alternatives.

Bottom line: next time you go to make a PB&J sandwich, try shaking up the ingredients a bit. A cashew butter and blueberry jam sandwich paired with an almond milkshake might just hit the spot.