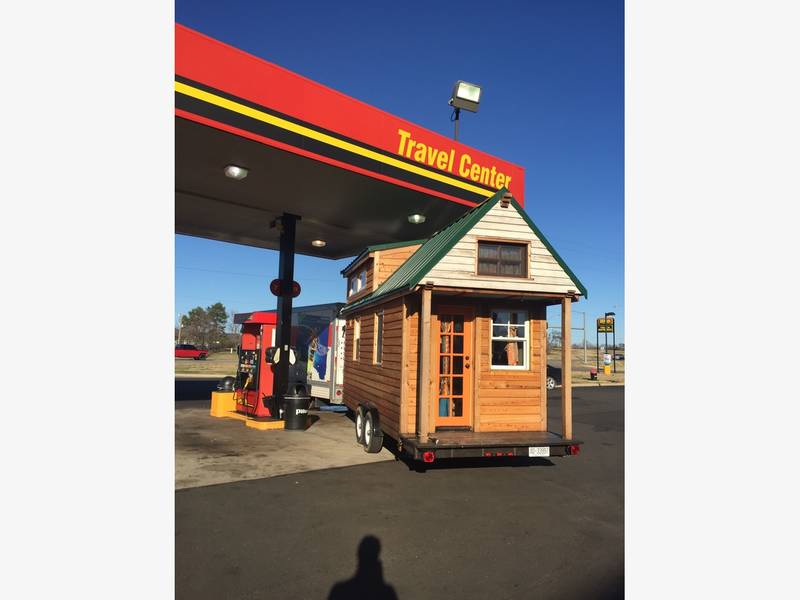 NEWPORT, RI – Tiny Traveling Theater, a nonprofit performance by Newport, will be presented in an episode of the "tiny house, great life" of the DIY network this Thursday at 21:00.

The show highlights the people living in small and portable homes and how they make small spaces a unique part of their lifestyle. The show is currently in its eighth season.

The description of the Thursday episode on the DIY Network website reads: "A pair of young traveling actors build the perfect home for life on the road. Their vision includes a mezzanine that doubles as a reading corner, convertible sofa and coffee table. removable with a hatch. "

The theater group is directed by Nora Eschenheimer and Jesse Dufault. Their non-profit organization travels to a 160-square-meter mobile home in areas affected by natural disasters and other tragedies nationwide. Their inspiration comes from seeing traveling groups perform for similar reasons in other parts of the world.

"The initial concept for the Tiny Traveling Theater began to develop when we heard stories of a clown troupe traveling in Syrian refugee camps in Europe with the aim of putting smiles on the faces of children and adults," wrote the group on their website.

Eschenheimer told the Newport Daily News that he hopes to bring the same joy to children who face these horrible disasters even if it's only for a short period of time.

"In a less profound way, I hope to be able to do it (joy) with the Tiny Traveling Theater – to give children a form of escape when things are difficult and they need something to smile," said Eschenheimer.

After the initial airing, the episode is again Thursday at midnight and Friday 12 October at 12:30.