Questions to ask before embracing the do-it-yourself | 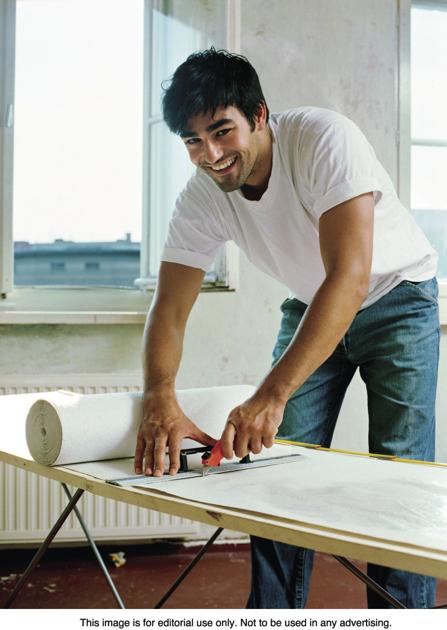 Home improvement projects are more popular than ever. In its True cost survey of 2017, the Home Improvement website HomeAdvisor found that between February 2016 and February 2017, homeowners spent an average of just over $ 5,000 for home projects. This marked an increase of nearly $ 1,900 over the previous year, indicating that homeowners are increasingly opening their wallets to transform their homes.

In addition to spending money on improving their homes, many homeowners are spending their time on projects as well. While do-it-yourself projects can provide a sense of personal fulfillment and attachment to one's home, future do-it-yourselfers should ask themselves a few questions before taking their hammers and going to work.

Regardless of how much home improvement television programs can simplify projects, potential hobbyists should know that such commitments are generally very difficult and often physically demanding. Homeowners with existing health conditions or other physical limitations may not be able to perform certain tasks or may have to take frequent breaks, which may delay projects.

Many home improvement projects require a significant amount of time to complete. Homeowners whose time is already stretched with work commitments and / or family may not be able to complete the projects within a reasonable period of time. It's OK if you work on a part of the house that does not affect your daily life, but it can be stressful or problematic if the project is in a room, like a kitchen or bathroom, that the residents of the house use every day. Do-it-yourself novices should be particularly honest with themselves about how much time they have to work on the project, as these owners are forced to experiment with some false steps along the way.

While the do-it-yourself might seem cheaper than the employment of a contractor, it's not necessarily true. Do-it-yourself novices may need to buy or rent tools, costs that can add up. Contractors already have the necessary tools to start and complete projects, so the savings on do-it-yourself costs may not be as significant as homeowners think. Before embarking on the do-it-yourself road, homeowners should solicit contractor estimates, comparing estimates with what a project would cost if homeowners do it themselves.

Many home improvement projects require more than one set of hands, and it is risky and even insane that do-it-yourselfers first think they can start a project and see it through completely on their own. Homeowners whose spouses, partners, friends or relatives are willing to make the chip might think it is enough. However, the do-it-yourself skills of volunteers can be a mystery until the start of the project. Do-it-yourself novices should ask for help from a friend or family member with home improvement experience. If no person is available, it may be wise to hire a contractor.

Home improvement projects may seem simple on television. But future do-it-yourselfers need to make honest assessments of their skills, time and budget before embarking on a do-it-yourself project.