Remembering my Lola Teach me how to cook 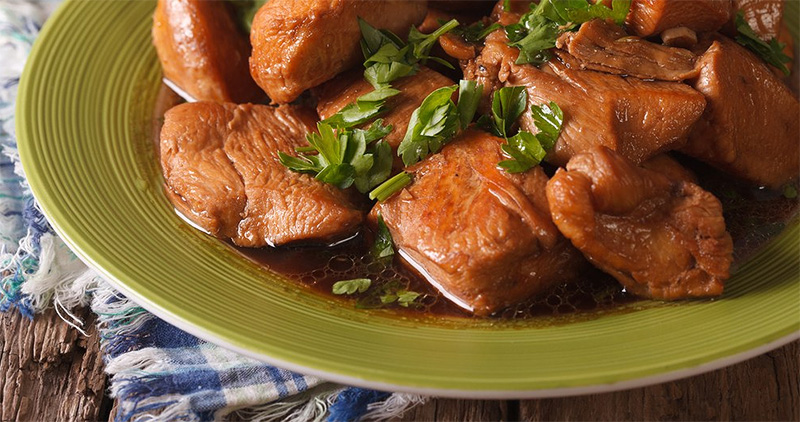 My lola was my mother, my mother chosen after Mercy, my natural mother, if she had gone when I was two or three years old. Piety always said that my grandmother would raise me better than she ever could; even if she moved to Carson a few blocks away from us, she rarely came back, lost all the birthday parties, the first days of school, my first menstruation, my first of all.

My lola Pacita-Mama, as I called her, was the woman who taught me all that there was to be a woman. She was born in a coastal village off the coast of the South China Sea in the Philippines. She was the second-born, an aristocratic daughter of the mayor of Aringay, La Union. His father, my great-grandfather Isidro Dulay Sr., owned a large cigar factory and occupied the entire city during my youth in Lola. His sisters still joked that he invented the term "fashionable late"; every Sunday during Mass, he arrived half an hour late and walked along the central corridor with his heels clicking, interrupting the priest's sermon. She wore long butterfly-shaped dresses sewn by younger sisters and gold earrings and rings, her immaculate hair with that bump of Imelda Marcos, the winking eyes and the call. Before turning 20, she returned home after her big trip to Manila, where she graduated from the Philippine Normal School to become a teacher. It was 1940, just a year before the Second World War broke out across the country and the bloody combat aircraft skies overhead.

Mom survived the war, but not without being captured by Japanese soldiers and kept in a garrison for three months. When his father wanted to marry a Chinese half-caste of another aristocratic family, his mother chose to flee, instead, with a US Filipino army officer turned into a guerrilla – my grandfather – who died before I was born. My hero's heroic state of war made my family an easy target for Ferdinand Marcos when he came to power after the United States granted the Philippines its independence. Marcos claimed to be "the most decorated war hero in the country", and our family became poor because my grandfather refused to lie about his fake war medals. Marcos has stripped my grandfather of his retirement and his rank, and we have been forced to poverty, especially since my grandfather's cigar factory and my grandmother's villa have been burned during the war.

But mother was the matriarch of the family. When her daughter, Aunt Lodie, married a US sailor in the 1960s, he persuaded her to apply for a visa in the United States. When Mother finally arrived in California, she fought and paid to petition for all her sons and siblings to come to America. During the late '70s & '80s, he worked in tuna canneries, where his lungs filled up with the fog of the port of San Pedro, to make sure everyone had something to eat on the table.

Mercy was right. My mother taught me everything: how to dress, draw my eyebrows, pencil in my lips, articulate, sit straight and like a lady, cross your legs, command a room, distract a stranger if he insulted me, laugh, make friends, discuss, trust in my intellect, fight for my intellect. Mum has always been my champion, the first to tell someone, even if she was the principal of my middle school. The story is this: my father suddenly took me out of the sixth grade and took me halfway across the world to Manila, where I stayed for the next three months. My sister and I had to be there for only a week, for my aunt's funeral. I lost the rest of the sixth grade. When I came back, my teacher wanted me to repeat the year. Mum would not do it – she went into the principal's office, pointed and shouted: "I will not put my daughter in junior high school, my daughter is too smart, see, my friend, my daughter is too smart You're my friend, yes, do not push Melissa into a vote. "

The only thing that mom did not teach me is how to cook.

It was famous in my family to be the best cook, the only cook, a master in the kitchen. Even the Mercy, when it was still in our life, adored his kitchen. Once, Mercy said that the only thing she could not beat was Mama's chicken adobo, something I was desperately trying to learn from her when I was a child. But the mother was a hawk, a hawk, a lone wolf in the kitchen. Each dish was his secret recipe, each dish an artistic expression he did with his bare hands.

"Mum taught me everything: how to dress, draw my eyebrows, pencil in my lips, articulate, sit straight and like a lady, cross your legs, command a room, distract a stranger if he insulted me, laugh, make friends , debate, trust in my intellect, fight for my intellect. "

When I was a child, Mum cultivated an Eden in Dolores Street, the only house I remember with affection from those turbulent times. Before I had reached the age of 12, I had to move into more than eight apartments or houses, living with this or that relative, this or that aunt, this or that uncle. It was my mother who made sure we had, at least, a roof over our heads. When we had a house, a beautiful mission-style house in Dolores, he created a garden of pink flowers, cheering and placing them all in the front fountain, where an ivory-colored wooden porch enclosed the baby angel found at the epicenter. A wall of cactus flanked the right side of the house. He cut away the fleshy parts of the cactus and made a delicious dessert with milk, sugar and chopped avocado. He has watered the mango and avocado trees precisely, every morning and every sunset.

Every day, after school, I went home, went into the yellow-tiled kitchen and asked Mom: "Would you teach me how to cook Filipino food?"

She smiled incredulously that I thought she was willing to let someone else enter her culinary world, a private space that she kept hidden from her two daughters and her eight children. He never wrote recipes, he always cooked looking at the soy sauce and vinegar, he tasted the sauce before serving it and he always said: "More salty, better, anak", the Filipino term for child.

Each time it seemed like she would start teaching me how to cook by putting the ingredients on the bamboo cutting board and saying, "Feel the bay leaves, touch the chilli, feel the smell of garlic." Everything from the garden But that was far away.When he could mix the sauce, fry the onions and garlic, or cut the peppers, she would give me her hand, push me away with her arms and say, "Get out of my kitchen otherwise, bahala na, "warning me that anything could happen.

I did not learn how to cook until I was very far from her, when I too ran away with an American sailor. We both had our reasons for getting married in the army, and it was always about survival.

So when I created a recipe for my chicken adobo, I lived in Charleston, South Carolina, 1,500 miles from Los Angeles, 1,500 miles away from where my mother had raised me. There were no Chinese, Filipino, Thai or Indian restaurants for miles. My husband and I had to make do with the right ingredients of the commissioner, where there was at least one corridor for the Filipino ingredients, such as the Datu Puti vinegar.

Mum, by now, had already passed. He was buried deep in the hills between San Pedro and Palos Verdes, immersed in the land with my grandfather, the war hero he had loved deeply before my time.

One day at the inspector, there was a lola who walked very slowly, holding his nephew, pointing to different products and calling them out loud. I sighed and the lola turned to me to apologize, to excuse her slowness. I shook my head, I said, "No, no, I miss my lola." She said, "Ah, anak, where is she now? Here? Home in the Philippines?" I said, "No, Lola, it's over." She gave me the sad, sad, meaningful look my mother would give me, the face that he used as if pointing to everyone in the shop and saying, "See you there? It's my friend, my good friend!" That face of desire, as if he were judging the world intensely.

I could see the lola shake the hand of his nephew a little louder. He asked me where it went and I said California. He repeated the word the way his mother would do it, the right tone, the accent and the sadness. "Oh, California, not at home?"

The day I learned to cook, the day I learned how to cook my chicken adobo, just as my mother would have loved it, I was alone. My husband was absent that day, like most nights while he was still in the navy, and I thought of his mother. It is always in the way I collect fruits, touch basil or laurel leaves, I scrutinize them and hold them firmly in my hand as if I were judging the world. It's the way I look at every Filipino in the grocery store and I think: that person, I'm my friend. And since I missed it, I wanted to get rid of this adobo chicken.

My first step was to call my father to ask how my grandmother made her favorite dish. He barely remembered, but at least he remembered the ingredients, which is all I really needed. The broken memory of my father helped me to create my chicken adobo, made with my secret recipe, in my private world … something, I know, mom would be proud of it. He taught me everything. (Everything but the way to cook!) But the most important gift left me was: take everything I had, all that was left and get a house, a house that I could call mine, no matter where I go. 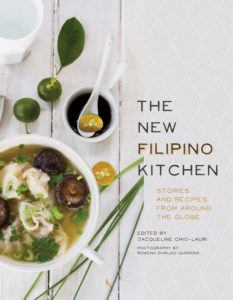